de·bate /dəˈbāt/ – noun – a formal discussion on a particular topic in a public meeting or legislative assembly, in which opposing arguments are put forward; verb – argue about (a subject), especially in a formal manner.

If women actually read the above definition, they’d realize that when they say they “debated” someone, that all they did was yell about something emotionally and argue (not in a formal manner) the entire time.

Black women on the other hand, take it to a whole different level. They’re louder, bitchier, and much more delusional when debating anyone about anything…especially men, most notably black men.

Getting into a debate with a black woman is a fool’s errand and here are the top 8 reasons why: 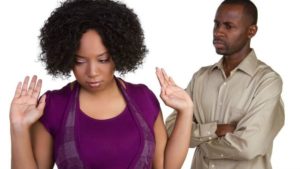 Black women are notorious for talking outta the sides of their collective necks for little to no reason at all. They’ll be standing around doing nothing, then all of a sudden a thought comes into their heads and their mouths start running like a broken toilet and they’re seldom aware of their surroundings.

If you want to have a conversation with them on a topic you disagree with them about (read: “debate”), you’ll get the same treatment. She’ll run off at the mouth and will not stop talking meaning she’s not listening either.

It’s pointless to talk to someone who doesn’t take a breath long enough to hear what you’re saying.

#2: She’s impervious to reason or rationale

On the off chance she stops talking long enough for you to get a word in edgewise, you’ll likely make a reasonable counter argument that is also rational and measured…exactly what is expected in a debate.

The problem is that women don’t listen to reason and they damn sure don’t listen to rationale. Even if what you say makes perfect sense, she won’t realize it because females by nature are designed to be reasonable in the first place.

Add that to the fact that black females rarely listen to anything anyone says, your counter argument will simply go in one ear and out the other regardless of how much sense it makes.

#3: Her arguments will be emotional 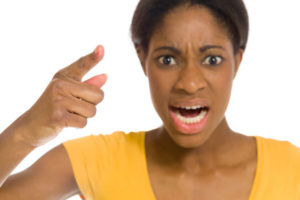 Black women are angry by nature and if you as a black man attempts to have a debate with one of them, be prepared for a veritable assault of emotions.

If you say: “I disagree. The sky is blue.” She’ll reply with: “Fuck you nigga! You want the sky to be blue because you’re an asshole! If you would open your fuckin’ eyes and look around you and see shit ain’t what it always looks like you’d know how dumb you are!”

Expecting a woman to remove emotion and inject reason or rationale into her arguments and/or counter arguments you’ll be sorely disappointed.

#4: She’ll yell and talk over you when she knows you’re onto something 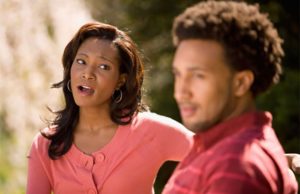 Men and women alike are guilty of this but black women are the biggest offenders. When she closes her mouth and actually opens her mind long enough to hear what you’re saying and realizes that you might be making a point that will effectively win the debate, she’ll simply yell and talk over you.

The reason they do this is to stop you from dropping the hammer on her and make her look bad and possibly :::gasp::: wrong. Black chicks hate being wrong about anything that comes out of their mouths and will stoop to adolescent level tactics to make sure it doesn’t happen.

But that’s not the only tactic they use. If she gets the idea you might actually be making sense on any given topic…

Another infuriating tactic black females use during an argument is what I call “muddy the waters.” Here’s a quick example:

Her: “Nigga, my mama was submissive to my father and he beat her ass every damn day! That’s the problem with niggas is y’all always tryin’ to put your hands on a woman!”

So rather than making a counter argument to what was said, she brought in domestic violence because deep down she knows that black women aren’t submissive and that black men (and men of all races for that matter) like submissive women. 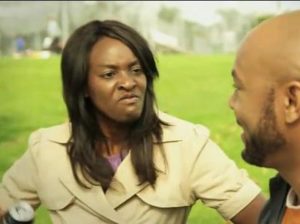 When in a debate with someone it is assumed that the individual is willing to have their mind changed if presented with new information about a given topic. No, this isn’t always the case but intelligent people understand that they could be wrong about certain things and are open to different points of view.

Black women, on the other hand, are not here for that. They don’t want to get it right, they want to be right. No matter what they hear (if they’re even listening), they’re not going to change their mind for no other reason but that they’re stubborn ass bitches.

#7: Even if you change her mind she won’t acknowledge it

“Okay, okay. I admit it. You’re right and I’m wrong…” said no black woman ever.

Black women are a lot of things. Stupid is not one of them. However, their stubbornness and need to be right makes them look stupid.

You could nuke her argument from orbit and effectively disprove everything she said while making your point undeniable and know that you’re 100% right but she will never verbally acknowledge it…to others or herself.

So if you think a black female will ever acknowledge that she’s wrong or worse, that you’re right, think again. This will never be the case…at least not in my lifetime. 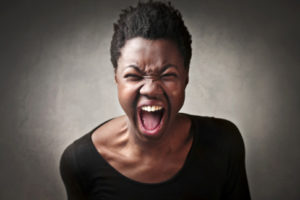 Ever heard or been in an exchange like this?

Anytime a black man makes a claim or an accusation against black women, they always retaliate with “Oh yeah? Well….well….black men do it too and they do it worse!”

Doesn’t matter what it is. Black women have attitudes? So do black men. Black women don’t appreciate good treatment? It’s because of black men. Regardless of what you say about them they reverse it and make the same accusation against us and make it sound worse.

The bottom line is…

…that you should never debate black women at any time for any reason on any topic. It’s an exercise in futility at best, and a raging headache at worst.

The sad part about this is that they are intelligent enough to have a conversation with and instinctual enough to understand and comprehend the topic at hand. But their temperaments, stubbornness, and overall anger makes it impossible to get anything through their thick skulls.

This is one of many reasons they’re at the bottom of the sexual totem pole but far be it from them to acknowledge that and actually do something about it.

Want more Donovan Sharpe? Visit his website and checkout his podcast The Sharpe Reality on YouTube, Soundcloud, or iTunes.