So, It’s happened. You realized you weren’t insane as a black man living in the U.S. or any major western society, when it came to seeing predominant attitudes and behaviors of far too many modern day women, namely african american women.The ladies have had at least 30 years of a culture that pandered to them and now we live with one to three generations of women not being challenged for lifestyle decisions, and what seems to be , an ever expanding set of expectations and entitlements, with no large scale questions or criticism, that is until the Internet allowed men with common experiences with such women to “compare notes”, allowing the truth to come out. “Barbershop Talk” has went digital and International! The Square and the Player are talking. The Main dude and the side dude are talking. The Divorcee and the Newly Wed man are talking. The Old man and the Young man are talking. And it is fucking up the game for alot of disingenuous ladies, and theres no way to censor it. So, now we are dealing with the cognitive dissonance of all this exposure of the realities of male / female issues and it is GOOD…well mostly. The shaking of alot of men’s fundamental beliefs of women in general , or the disappointing confirmation of the full and darker shaded humanity in them has happened, and now many men can’t help but to feel some type of way about it all. So what now? What do you do when reality is slapping the naiivety out of your life at a brutal pace? 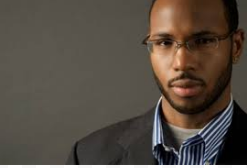 FROM WOKE TO PISSED!

Its one thing to get to the facts, Its another to get to a place to accept them, and that is where many young and formally naive men are, trying to find ways to effectively handle the reality of the contemporary female cultural collective. Of course the first response is a deep emotional place of anger and resentment for various reasons mostly for feeling deceived more by ineffective cultural narratives (i.e. The chilvalry myth, women have a higher level of sense of fairness and morality) reinforced by well (or maybe at times, not so well) meaning, friends , family, or religious organizations. Well, as emotionless or resilient as we’re expected to be as “real men”, such a shift does not happen in a matter of hours, days or months, and a proper outlet is needed for men going through this process. Hence the Manosphere, the collection of voices all over the world of men discussing issues impacting them or sharing experience, wisdom and advice amongst each other , and some debates or counterarguments with those antagonists who represent the predominant pro- woman pro-left mentalities, often attitudes and institutions that do not mean these men well. This dialogue Generates ALOT of Content daily. But at this point, there’s a lot of hashing and rehashing of all the infinite ways , disingenuous woman can use us or hurt men, and that’s where the dialogue gets stuck, and that’s where many talented, intelligent , yet highly frustrated men get stuck arguably too long , when it comes to looking for a better way to live and be in society. There has to be a change and here’s why…

There will always be a need for few men in the Black Blogosphere to Criticize Negative Female Behavior and Accurately, But if the man personally goes from criticism to Endless RANTS, and no personal development for himself besides being more and more aware of negative female behavior, He’s not moving on. He’s letting the Culture and Situation and the Experience with such women consume him.

As a man he makes that choice, to become aware but at peace with less fear of negative affects of disingenuous women and culture, or to keep gratifying the vendetta and crusade going against unworthy and lost women (who will most likely Rebel, Never Learn or Never respect or Listen to men). Mastery of understanding all the Manipulations, rebellions and games many women play, is not self Mastery. That’s another Level.

We’re talking about Maturity, not Naiivety here. So once a man has experience knowing of disingenuous and toxic female behavior, he can move to other levels of self mastery. Staying focused on toxic female behavior alone doesn’t make your life better. You learn only a defensive state…a fortress mentality of sorts, which does not allow you to expand your life with more worthwhile experience , people (some of whom may be better women) and things! 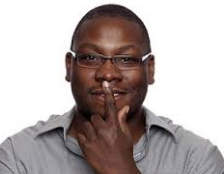 FROM PISSED TO PEACE, FREEDOM AND PROSPERITY

The transition from being completely consumed, with the resentments, anxieties , frustration and downright rage of realizing you may have been a product of misleading social programming, and manipulation of society and disingenuous women takes time and MANY different means to overcome. But it’s worth it because we are talking about your life on your terms and your freedom here! Much of the actual battle men in this place of their lives need to do is with their mind, and the cyclical patterns they have formed to defend themselves from EVER being so vulnerable to agendas not meant for their benefit by any means. There’s two things you need to realize at this point:

1) You are not alone.
The black manosphere is here, and the internet would literally have to be shut down to stop it.The barbershop (preferably with no beauty shop stalls in it as well are the same)  Now the choice will be up to you to decide to refocus on other messages coming from the manosphere, things that range from personal and professional development, or hobbies or interests that are not exclusively tied to the hyperanalysis for negative female behavior. You have realized you are not crazy, and theres a social trend of toxic female behavior. You will never lose that revelation BUT you need to get your internal self strong , and your discernment up, and your emotions and anxieties about this stuff calmed , so that you’re not owned by your past. You can’t be broken again , when you realize that whatever this life or culture throw at you, you’re confident to avoid or overcome it. That takes a new kind of internal dialogue to do, a different kind of attitude and approach about your life and what you want out of it .

2) Personal Strength and Clarity of Mind will always be your best defense.

Its time to focus on what you want out of your life, not what you are trying to avoid, how you want to WIN, not how not to lose. See the beauty into coming into all this reality of your situation is that all the energy a man has been spending to defend himself or war against culture that’s been trying to push him into a place to be used and discarded, is that he now realizes his time is his time and his life is his life. Sometimes, this is scary because the sense of purpose gets shaken. It was all figured out, but now, its back to square one. Purpose now has to be made from that man , not made for him. Welcome to freedom! All thats required is a responsibility to know what you want  and become the dude you always needed to be.

And here are 4 things you can do to get your mind and Attitude in a better position for your better life:

1) Invest in yourself
This is  extremely broad. It could mean changing your wardrobe, losing weight or gaining muscles, learning a new skill or trade, getting professional counseling, taking up a new philosophical view or spiritual practice, basically doing things that promote your self worth and confidence, and that set you up for a better future , with or without a woman.

2) Make a plan with actionable steps for the next year.
Scrap the 5 year plan cliche. Just focus on the next 12 months. In six months you can make any drastic change, which can carry your momentum into the next six. You need that time you have been recently using to develop yet another psychological and emotional defense mechanism against the spectre for female toxic behavior, to now work more for what you really want out of life. Remember the discussion of negative female behavior will be here and be fresh to keep your instincts sharp in the manosphere. Dedicate that time and energy to something else. Think of a plan, write that shit down and get that shit moving!

3) Keep a tight circle of Fellow Freed Men who are making shit happen . Share your victories and challenges. Adjust and keep moving. Celebrate Milestones. Encouragement and Advancement will keep you moving!

4) Realize your change will take time, but it should be generally less focus on toxic women and societal systems , and more on the things that make you happy , prosperous and at peace.

The Black Manosphere is going to another different level. Right now we have the Late Boomers, Gen X and the Millennials in full swing in their adult lives, with much experience under their belts and exchanging information about living effectively as a MAN. The younger millennials are coming up in their 20’s and running their gauntlet as the nice guy or player, and taking their lumps, which will eventually draw them to their local circles of men or this magnificent manosphere that has formed,and the black manosphere in particular, so that perhaps that learning curve can be cut down …and ultimately, a better culture and code is developed amongst men, which will promote a more balance culture for both men and woman in my opinion.

GO GET THE LIFE THAT WAS TRYING TO BE STOLE FROM YOU GENTLEMEN!

Facebook Comments
About AH3 19 Articles
AH3 IS PART SALES GUY, PART SOCIAL COMMENTATOR, ALL THINKING BLACK MAN. HE'S HONORED TO BE A PART OF THE NEGROMANOSPHERE AND SHARES HIS INSIGHT WITH FELLOW THINKING BLACK MEN AND CRITICS. HE CAN BE FOUND AT WWW.FACEBOOK.COM/PURPOSED1ALVINIII
Website

SO YOU’RE A PHILOSOPHER?

As the onion of world history is peeled back, we are disabused of the notion of European intellectual supremacy. Through the sustained efforts of official lies, the facade of legitimacy enforced by the credibility of […]

Affirmative Action does not work in the dating world as we all know. Everyone must compete to find the most suitable mate that they can possibly attract. The more attributes you acquire, the more attractive […]