Please take a look at the follow short video clip and brief news report in the link below:

I told that this was coming, I’ll refer you back to my article dealing with the coming section 8/welfare cuts and how large numbers of black women as a result would begin resorting to escorting, prostitution and robbery, that article can be seen here. It seems that this particular black female has initiated her robbery campaign early.

This robbery as stated occurred in Tukwila, Washington at a local convenience store. I already told you that black women as a collective will take their gutter reputation down several notches, the bottom hasn’t dropped out yet, there is still more room for them to fall even further. Black women aren’t about to allow their luxury, carefree lifestyles to fall by the wayside, the constant flow of money and material artifacts must be maintained at all costs.

Yet another reason why I encourage black men to expand their dating and marriage options, it is bad enough having to deal with these out of control mutant Negro male seedlings of Satan brought forth and unleashed into black society by black women, but now the black witch herself has decided to get in on the action and expand her life of crime.

I’m surprised that the store attendant didn’t realise that the rifle never had the clip attached. It’s possible that this robber couldn’t get hold of any ammunition and gambled on the chance that the store clerk wouldn’t notice or it could just be a case of another black woman being dumb and not thinking things through once again.

Remember what I stated before, watch out because it is in these times where black women are going to be at their most dangerous. Walk away black men, just walk away. Black women are already robbing weave stores, why did you believe that their criminal antics wouldn’t extend towards money? Trump has only just started putting on the squeeze and yet black women are already out on the prowl looking for victims.

You have to understand the modern-day black woman’s lust for money and expensive relics, she is an extremely vain individual who in her mind must keep up appearances in order to impress those around her. You’ll notice that whenever a black woman rails against a black man, one of the first things she will accuse him of is being broke.

Black women as we already know are extremely insecure individuals, they fear being poor and not having access to their worldly trinkets. With black men we can get by with the basics, generally we don’t fuss about having the latest of the latest, if there is something we want but can’t afford oh well, it will just have to wait until the money becomes available. 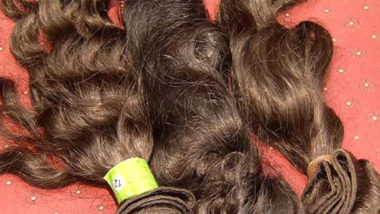 Notice how you rarely if ever see black women engaging in criminal activities for the purpose of trying to feed their children, just trying to do better by their children or themselves in general. Nope, robberies involving black women are almost always vanity related. This doesn’t come as a surprise to me at all, I already told you in Negro Wars how black women care about nobody else but themselves, in my opinion they are currently the most selfish and the most destructive individuals on the planet bar none.

Notice the robber had to come to the store decked out with her shiny flowing weave. I have even seen videos of homeless black women wearing weaves, it just goes to show you how problematic and mentally damaged most black women have become. The problem is made even worse by the fact that black women as a collective point blank refuse to acknowledge that they have deep seated mental issues.

Walk away black men, in light of how dangerous most black women have become, being honest dating or even marrying the black witch is now a great risk to one’s life. These modern day black females have become so volatile and unpredictable that your average individual has no idea what to expect when in the same vicinity as them.

Stealing and robbing weave stores on the regular, joining forces with her devil spawn seedling males on criminal runs robbing people on the street at gunpoint, running over people she disagrees with using any and all vehicles to hand. Setting black men up to be robbed in honey traps, stealing frying pans from Walmart, setting other people’s cars on fire over minor disagreements and trivial issues.

Throwing their children into the hands of fellow passengers on buses just so they can engage in fights, these are just snippets of the many criminal activities black women are involving themselves in. No thanks, not for me, I’ll pass, I’m good. Somebody else can deal with that mess. 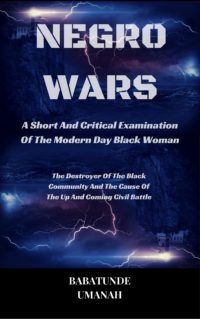 What Do Older Black Women Have To Offer In The Black American Dating Marketplace?

“June 25, 1745 My dear Friend, I know of no Medicine fit to diminish the violent natural Inclinations you mention; and if I did, I think I should not communicate it to you. Marriage is […]

One of the recurring themes on the Manosphere blog and youtube channel is what exactly is an alpha male. Obviously this is a multi-faceted question with many aspects to it ranging from financial, physical, spiritual […]

Why Black women are seemingly getting attracted to white men; the Serena Williams and Alexis Ohanian case study

The year was 2012 and the popular lifestyle website madamenoire published a viral article as to why black women don’t date white men. And they had a myriad of reasons why this was the case. […]