A few days ago, Kenyan writer Anthony William posted an controversial article on this website entitled:  “Why Black Men need to step up and stop complaining about women.” The article can be viewed here for your reading pleasure.

In the article, Anthony William summed up several reasons why Black Men in the western world (and across the Black Diaspora) need to become better men while deviating criticisms regarding Black Women. While he had “some” good points in his presentation, I must admit it was written from a “blue pill”  point of view. To many men, it is considered masculine to never hold women accountable for the stupid shit that these bitches do.  They feel that you as a man are feminine minded if you attempt to hold women accountable for their mistakes. In other words, it is YOUR FAULT as a man as to WHY women are fucked up in society. 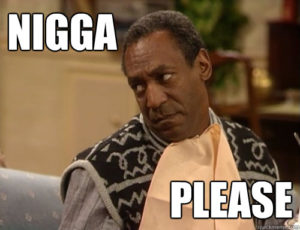 However, when men fail to hold women accountable for their mistakes, society at large will suffer dramatically. To prove my case as to “WHY” these Black women need to be criticized, I discuss the psychotic killer bitch also known as MR. STEVE STEVENS! 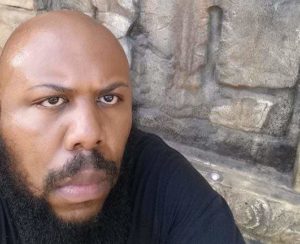 Who is this crazy fat fuck with an unkept beard you might ask? (I never trust a nigga with a shady ass beard that is nappy as fuck like this to be honest).I will tell you EXACTLY who this black man is:

This psychotic killer has claimed to have killed 15 people in the Cleveland Ohio area over the last few days. His most astonishing kill was broadcasted from his smart phone on Facebook Live. He walks up to a 74 year old black grandfather named Robert Goodwin Sr and murders him in broad day light. Why did he do this MIGHT YOU ASK? One of the reasons is he blames his BLACK MOTHER for creating the monster that he is TODAY!

Nobody in this society wants to hold these single black liberal mothers responsible for the calamity that they cause by making FUCKED up decisions. This is what Anthony William of Kenya does not understand. This is what many of you Democratic Black simps do not understand. The fact is that “WOMEN” of any country negatively “IMPACT” the societies that they live in when they produce CHILDREN they cannot “ACCOUNT FOR.” Steve Stevens even stated that his mother never cared about him. She never showed him the emotional support even when he said admitted to being suicidal. Steve Stevens is not the first black man to launch such a complaint against the extreme fuckery of Black Single Mothers. Black men take to Youtube, Facebook, and other platforms of Social Media to depict their own stories of how their Single Black Mothers neglected them, cursed them out, never supported them, and mistreated them throughout their childhood.

Black women are ALLOWED to get away with FUCKING MURDER. They create these monsters in these black communities by: 1) Selecting any random nigga to fuck and suck on and get pregnant 2) Having a big fucking mouth and running off the man they had a baby by 3) Raising children in low income areas 4) Giving up pussy freely WITHOUT having stable infrastructure to raise KIDS!

Sorry Anthony William…but BLACK WOMEN NEED TO BE FUCKING TALKED ABOUT! I don’t know much about Kenya so I cannot discuss your country. I do know that Kenya is rather poor in comparison to many other countries in the world. One of the reasons “WHY” Kenya may be poor and undeveloped is that Kenyan women “REFUSE” to “KEEP” their fucking legs closed to aint shit AFRICAN MEN. Those bad decisions by those women in Kenya costs the government BILLIONS of dollars to take care of impoverished infants and YOU SIR have to pay taxes on it. YOU, AND MANY other black men across the world are IMPACTED by the stupid ass MISTAKES that Black WOMEN make ACROSS the DIASPORA!

I will not stand here any longer and let black women keep producing drug dealers, lazy niggas, gang members, and pyschotic killers out of their evil wombs WITHOUT calling them out on their EXTREMITY of fuckery. Black women create men like Steve Stevens and the rest of the AINT SHIT BLACK MEN that destroy black America. Monsters create MONSTERS and the majority of “SINGLE BLACK MOTHERS” are MUTANT LIBERAL MONSTERS! I don’t give three and a half fucks if you do not like it!

In closing, I urge every able bodied black man to remove yourself from that dire place you refer to the Black Community. Let Black women have it. Let black women impact it negatively. Innocent people will lose their lives daily because Black women in those areas create monsters. They are worshipped for fucking up society. They are praised for destroying societies. They will never be accountable for their mistakes in this world. Therefore, I beseech you brothers to GET THE FUCK OUT OF there before some crazy nigga like Steve Stevens shoots your black ass next! It is better to be safe than sorry brothers.

As you know, the buffoonery remains at an ALL TIME HIGH!

Women Were Created To Serve Men

What Women Want In Men

I Could Have Drilled Her Long Ago