Lately I have been hearing large numbers of black women going around stating how black men ought to be taking care of the many issues within the black community and how we ought to be grafting and building for them as well as black society as a whole. However it seems that black women need to be reminded of a few facts that they have conveniently forgotten. 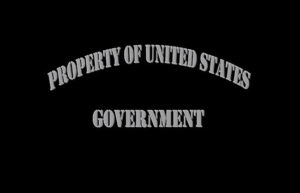 Firstly it should be pointed out that modern-day black women no longer fall under the responsibility of black men. In the 1960s when black women decided that feminism and fatherless home welfare policies would be in their best interests over keeping the black family unit strong and intact, a transfer of ownership took place and from that point forward black women immediately became the property and the responsibility of the state.

Therefore black women must now look towards government for their building and protective needs. Whenever you hear modern-day black women make the claim that we as black men must protect and provide for them, please do not hesitate to immediately direct them towards the nearest police station or government building.

You cannot have it both ways, black women believe that they can have a triune relationship involving the fictitious entity ie the state, the real man and themselves, however in their eyes the state must always have the final say on what goes down in such a relationship. You black women chose government to be your new husband over the black man, through that decision you immediately forfeited your rights to demand anything from black men.

There is also another issue that ought to be addressed, the fact that black women have a contractual obligation towards the state to keep black men and black society in the gutter. These are the instructions of employment they have received from government. In exchange for services rendered black women are permitted to indulge in the many dainty state treats and benefits available.

This is why I stated in my book Negro Wars that in order for black men to build and build successfully, black women must be completely removed from the equation. How on earth do black men expect to build anything when it is the very job of their counterpart as per the instructions of the state to sabotage and destroy any and all of their building efforts?

Black men as a collective have failed to build successfully simply because of this black woman, at the same time she has had the audacity to accuse black men of being lazy and incompetent knowing full well that she has been sabotaging and jinxing black men at every turn. This is one of many reasons why black men are not obligated to build for black women, if black women require resources and infrastructure support, let them seek those things from their white father. 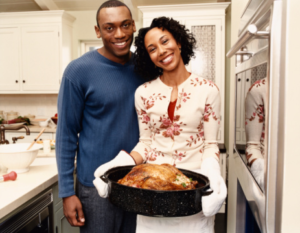 Another reason why black men are under no obligation to build for black women is because your average black woman is not even fulfilling her basic role as a woman. Black women typically demand to be at the forefront of the relationship and in their childish vanity also expect to be its main focus, this is completely the opposite of a normal relationship where the man’s natural position is the nucleus and the head of the family.

Black women envy black men and wish they could be them so badly, this is typically why they are so masculine, boisterous, bossy, fussy and bureaucratic when involved in relationships with black men, they must run the show ie keep the black man under control in order to preserve the cosy, comfortable, convenient and smooth running relationship with their government owners. 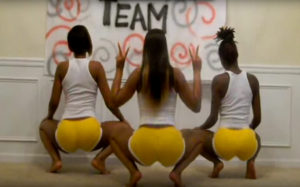 I believe yet another reason why black men are under no obligation to build for black women is the fact that black women as a group do not present and carry themselves as quality females, they much prefer to present themselves to the world as whores, sluts, harlots, Jezebels and violent barbarians. Whores are only useful for one thing and one thing only, you don’t build and provide for whores, you simply use them for sex, discard of them thereafter and move on.

I have stated many times before that black women will be perceived and treated by the world according to how they present themselves to it. Do not portray yourself as a Jezebel yet expect to be treated as a queen or princess. The worst thing is the fact that most black women actual revel and take pride in being sluts, whores and violent thugs, they see nothing wrong with indulging in such lifestyles.

Please show me any point in history where men who have built kingdoms for whores, sluts and morally bankrupt women, I’ll wait. Men are the builders and creators of kingdoms, women are automatic benefactors based upon their continued obedience, submission and fulfilment of their natural roles as the female gender.

I have listed a few reasons as to why black women do not have any grounds to demand that black men support them and build for them, however there are plenty more where these came from. I do not build for self hating traitors, nor do I build for baby mothers, thots, whores, Tyrone lovers, violent savages and overall black female scum. Now you low brow black females can keep it moving with that “build and provide for us” nonsense.

Be sure to check out my book Negro Wars where I break down this modern-day black female’s disjointed mindset and her endless buffoonery. 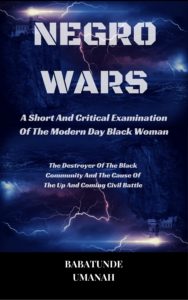 “The Black woman is down, and everybody knows it.” -David Carroll, Dec 14, 2020 It’s been weeks since “Saint Kevin” Samuels’ “You’re Average at Best” YouTube video went viral, courtesy of Worldstar Hip Hop and, […]

“Oh what the heck, let’s get married and have a son named Erick No big deal, no sweat I was in for a big surprise And when I saw the judge hammer pass my green […]