This will be a short but essential one today fellas.
So we have (Finally) reached another level of the social media censorship of collective  black male voices known as the Black Manosphere. Anyone who at least didn’t anticipate this, really has no idea of how much opposition, our honest and critical voices have, especially in a liberal leaning gynocentric, easily triggered age such as this. It matters less of the origins and what has transpired at this critical point. We are now at a point as the Black Manosphere where it is time to prepare for the next level of preserving and protecting the RIGHT to express, chronicle and discuss our experiences in the public sphere, and yes the criticisms of those detractors and antogonists who share the same space. I’m putting forth a primer of things we can do NOW to keep the Black Manosphere moving, towards a place where our place in society is valued and respected. Thanks in advance for ideas developed by the many recent discussions I’ve had. This is by no means meant to be exhaustive , but simply a solid starting point as a part of my continued contribution to the Black Manosphere. 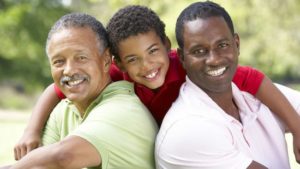 THE BLACK MANOSPHERE IS FOR THE EXPRESSION AND BETTERMENT OF THE BLACK MALE EXPERIENCE IN WESTERN SOCIETY, AND THAT MESSAGE HAS A MOMENTUM OF ITS OWN, BECAUSE SOCIETY HAS ATTEMPTED TO SUPPRESS IT FOR SO LONG, AND IS STILL TRYING TO SUPPRESS IT DUE TO POLITICAL STRUGGLE FROM THE HOME ALL THE WAY TO THE PUBLIC SPHERE.

This is a focused message for the maturing and coming generations of males , many of who have grown up in single mother’s homes , who may have been neglected or downright sheltered from deeper aspects of masculinity and femininity, to the benefit of social programming and conditioning to the exclusive focus on the female. Its an imbalance and it needs to be addressed to be re-balanced for all of society. Because of this alot of uncomfortable truths are being expressed from so many different places, and so many things are proving to be similar in diverse places for men. The message is becoming so prevalent, that is triggering alot of people , mostly women, and they are seeking to find means to discredit or suppress the message. But its too late. 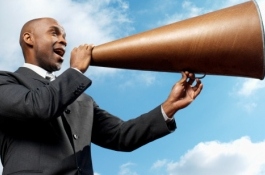 WE DON’T GET SILENCED, WE GET EDUCATED, WE GET ORGANIZED, WE GET LOUDER

In an attempt to suppress the voice of men and their issues in the public sector, the critics of these men are taking actions that are actually galvanizing the men because, they are shortsightedly creating martyrs, and situations where the take down of one person , is creating multiple others in his place. It would have been better to simply ignore and starve the voices of attention, but the triggering from all the content now being produced was too much for some. And now  the reactive action of those few create a stronger response. Men can take alot from society, but when you seek to take a man’s all, especially his dignity, you create a man who has nothing to lose, and if that man loses it all, he may come to take back, and the personal restrictions and reservations he once had, may no longer be there. In the context of this social dialogue, Its not when the men have something to say directly to and about woman that’s the dangerous thing, its when you attempt to force them to go silent, that in that quietness, they start planning and organizing to come back bolder, in an decisive and effective way, and NOT in societies favor. I’m afraid we are at this point, because we never had a shot at an honest dialogue about the issues between us , women, and the way society has been set up in modern times. Female “Equality”  started to slip into sense of latent and overt superiority for too many. And now, the social dialogue exist to counter that. 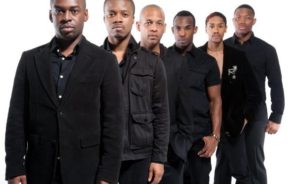 A TIGHTER CODE OF ENGAGEMENT IS NECESSARY

In all of that being said there are some men who are not addressing the issues and attacking certain individual women and social personalities beyond the issues, so alot of dialogue is pushing past simply emotionally triggering women with the shock of honesty (which is going to happen, regardless), to harassment in a few cases. This makes the message ineffective and slows down the ability to communicate to the true base and audience of men who need the message, because forums and platforms get shut down to us.  A tighter code of addressing issues is needed , mostly for the creators of content that address the issues , by video, audio and by article.  Don’t give detractors a reason to come at you under “Harassment” by calling out names and personalities, or repetitively addressing particular people. Attact the trends, with facts, which works very effectively. Emotional responses are the territory of detractors. Let them get caught in their feelings , and then we can take corrective documentation and action on that. If you do employ trigger words, you definitely want to use those on a more privately controlled forum, but remember , whatever you put out in the public space can and will be used against you. So before you do it count the cost. Also, I recommend organizing in small groups or units of 10 to 15 individuals and allow it to be your personal think tank and support group to formulate plans and take specific actions in a concerted effort with other like groups. This minimizes the effect of infiltration from SIMPathizers, and trolls in keeping the message going. The dialogue amongst men in the public sphere to this point has established the numbers necessary to carry the message on. The next level is definitely creating more independent forums so that WE together can create room for the respect and value of black men. For many, this is not their battle and they don’t see the value. But for us, we know where we need to go with this. stay Smart, stay moving!!

Facebook Comments
About AH3 19 Articles
AH3 IS PART SALES GUY, PART SOCIAL COMMENTATOR, ALL THINKING BLACK MAN. HE'S HONORED TO BE A PART OF THE NEGROMANOSPHERE AND SHARES HIS INSIGHT WITH FELLOW THINKING BLACK MEN AND CRITICS. HE CAN BE FOUND AT WWW.FACEBOOK.COM/PURPOSED1ALVINIII
Website