It was once an institution in the Black community. A place where Black men met, and discussed life, politics business, sports sex, and women. A place where men learned about what it meant to be a man from another man. And where boys learned about manhood from men. What was this place? The Black Barbershop. 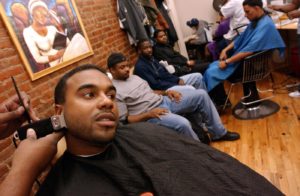 What happened to the Black-owned barbershop?

It was one of the institutions lost due to the decline of Black male leadership in the community.

Because the Black men who owned barbershops didn’t value their business or their customers, they didn’t make efforts to protect or preserve their business. Many shop owners began opening their shops at erratic hours. Some shops would have signs that said 11:00, but on some days a shop would open at noon, or even one or two in the afternoon. And when they did open, sometimes customers wouldn’t get a good haircut. That alienated most of the working class Black men and their sons who were the core customer base of the Black barbershop.

Worse, many most barbershop owners went out of their way to support neighborhood drug dealers and gang members during the crack epidemic of the late 1980s and early 1990s. And as they gave these urban terrorists preferential treatment in the shops by taking them over working class Black men and even supported their illicit and criminal activities in the community by providing them a safe haven, they alienated most of the working class Black men and their sons who were the backbone of the Black barbershop’s business.

Due to the erratic opening hours and poor customer service Black men received at Black barber shops, most working class Black men began to search for a new place to get their haircut and to take their sons to get their haircut. And while Black Barbers began supporting drug dealers and criminal enterprise during the years of the crack epidemic, Hispanics like Dominicans, Ecuadorians, Mexicans, and Puerto Ricans began opening barbershops in Black neighborhoods. And because Hispanics opened their shops early, offered lower prices, and provided excellent customer service to Black customers, they began to steal business from Black barbers and Black barbershops.  Once Black customers began to see that the Dominican barber would be open the same time every time every day and that they could get a quality haircut from them when they needed to get one, the Black barbershops in inner-city neighborhoods began to lose their business to their Hispanic competitors. 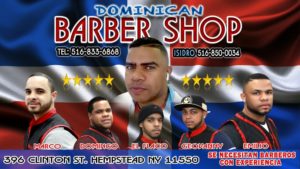 Today Many Black men like myself and my brother often go in search of a place to get our haircut. And we’d love to give our money to another Black man. Unfortunately ,because most Black men who enter the trade of haircutting have no work ethic these days we just can’t find one.

These days when a Black barber starts working at a shop or opens a shop, they don’t have the drive, discipline or resolve to build a reputation or reach out to the community to get new customers. Oftentimes a great Black Barber will be here one minute and then he’s gone. Because many of today’s aspiring Black barbers were raised in single mother households, they don’t see barbering as the skilled trade that can become a successful business. Instead of seeing it as the proud profession the way their grandfathers saw it, they just see it as a hustle to make a few dollars here and there while they live on some woman’s sofa or their Momma’s house.

Only Nixon Could Go To China

Calling All Writers!! 4 Reasons Why The Negromanosphere Needs More Authors