We’ve all heard it–how the cliche “skrong, black, edumakated woman” don’t need “no” man. But there is some truth to the educated part. In this article, I’m going to examine that truth.

A June 2016 article by Angela Bronner Helm on “The Root” website entitled: “Black Women Now the Most Educated Group in US”.  (http://www.theroot.com/black-women-now-the-most-educated-group-in-us-1790855540 ) makes the statement that based on 2009 to 2010 data from the National Center for Education Statistics (NCES), that black women are the most educated by race and sex. They cite enrollment percentages and percentages of bachelors degrees conferred (earned): 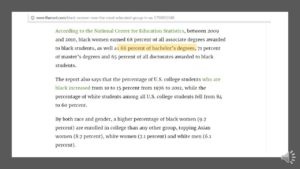 Before I started to do my own fact checking, I immediately threw out enrollments as a metric of being “educated” because simply getting in to college says nothing about an individual’s level of proficiency. They could be at a “Frik Nik” college for all I know, partying it up in togas etc.  What I did pay attention to was the bachelor’s degrees numbers that they came up with. I went to the NCES website for data (https://nces.ed.gov/programs/digest/d16/tables/dt16_322.30.asp?current=yes ): 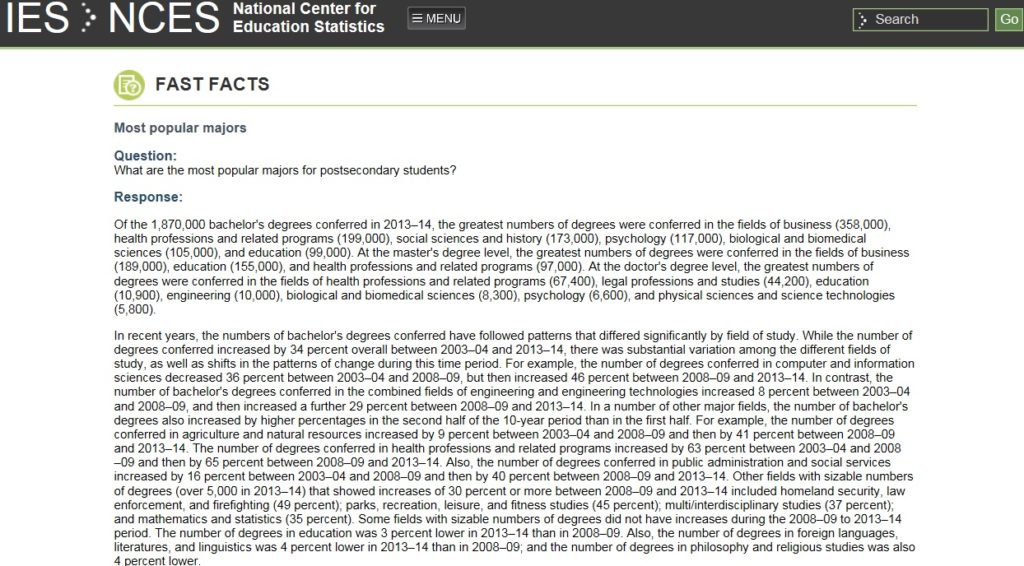 I was able to obtain updated 2014 to 2015 numbers (unlike the article going back to 2009 to2010– I’m not sure why they could not have used the same data since the article was originally written in 2016) the total numbers of bachelor’s degrees conferred by race:

and then later, after more exploration, I was able to find a drill down by sex. I put the data into excel and then came up with some interesting stats (dropbox for my excel analysis here: https://www.dropbox.com/sh/4ua2wq9507zy44r/AABpuHZlDUaiNIkjN4Zq8ihra?dl=0 ): 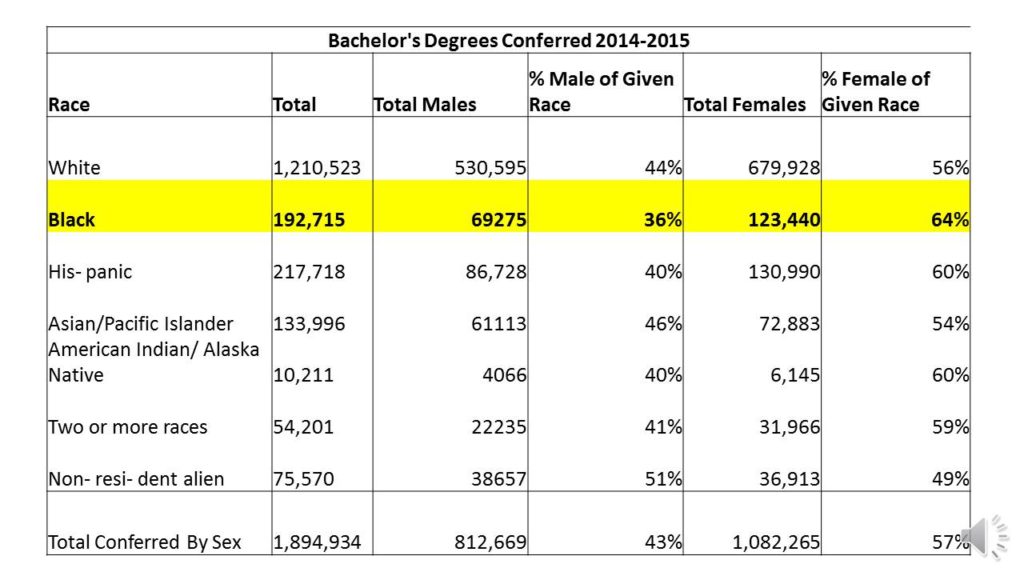 The percentage of bachelor’s degrees earned by black females pretty much hover around that 66% figure from the 2009 to 2010 data the article from The Root uses. The article also discloses that the way they get this statistic is divide the total number of black females earning degrees by total number of degrees given to all black students. So the only thing this tells us is that black females have been earning bachelor’s degrees at higher rates than black males. It says nothing about how well they are doing across all races, because the total numbers of degree earners across races vary. If they were trying to use number of degrees earned across races, this is what the comparison would look like: 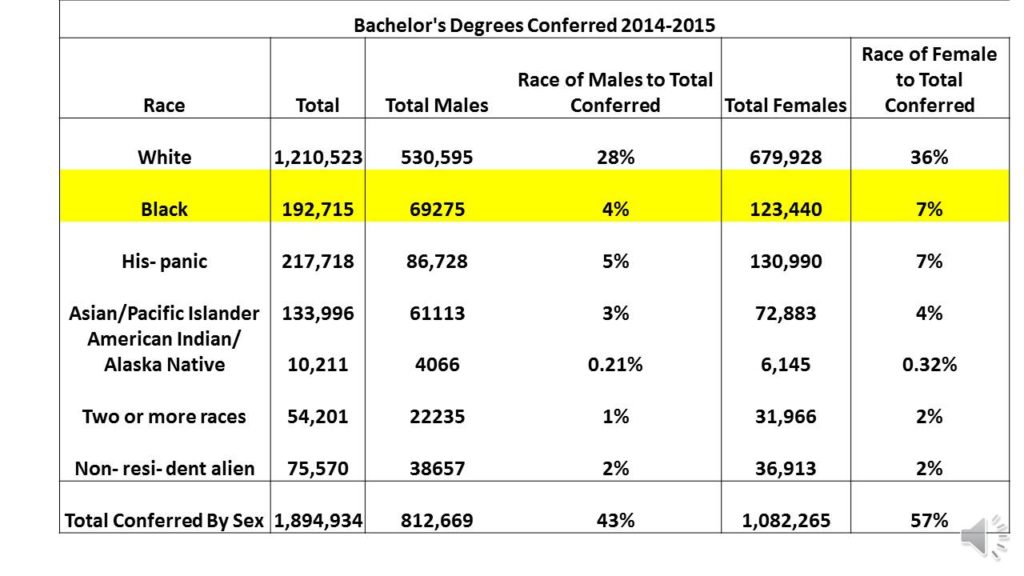 this shows how black females compare across races and by sex to total number of degree earning students. It becomes apparent that white females are the “most educated”, based on numbers and percent of degrees earned, across all races and by sex.

While I can not conclude whether or not the article was trying to “uplift” black women by showing them that they are “doing better” than black men because of the number of degrees earned, or if the context was the mistake of some bumbling researcher, I can definitely say that intellectual dishonesty hurts everyone. Using the own group comparison to make an assumption about cross-group performance is comparing apples to oranges. Scratch a liar, find a thief.

Affirmative Action does not work in the dating world as we all know. Everyone must compete to find the most suitable mate that they can possibly attract. The more attributes you acquire, the more attractive […]

Top 5 online courses under $20 that pay out big time

Looking to come up with some quick cash while using your brain juice? Here are 5 online courses under $20 that will teach you some in-demand skills. 5. LinkedIn Advertising That’s right, more and more […]

You Are Responsible For Your Life