Known as the most populous nation in Africa. Nigeria, a country that boast of the most promising citizens from every walk of life in Africa witnessed another dramatic turn when some of her citizens took unto the streets to support the inauguration of the Donald Trump as the 45th President of the United States of America. 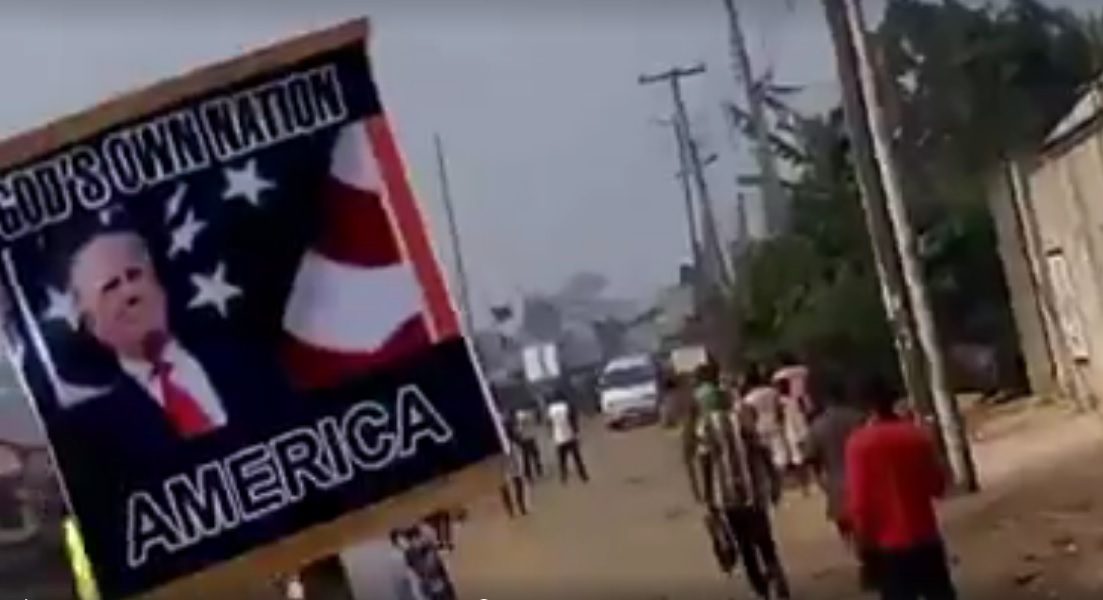 The event was organized by the members of the pro-Biafra movement whose members came out in their thousands and set out for their rally, which they dubbed, ‘IPOB Trump Solidarity Rally’, at Igweocha in Port Harcourt about 9200km from Washington, DC where the inauguration took place.

The celebration however didn’t go on well enough after confrontation with the security forces while the procession was taking place which eventually left dozens injured and a 17 year old boy dead. 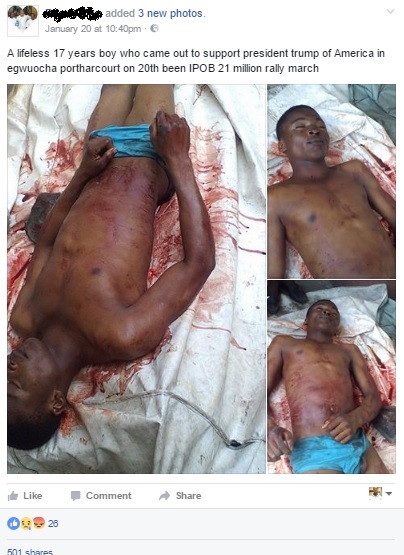 One of those taking part during the rally was quoted saying: “I wonder where on earth the soldiers brutalize innocent peaceful protesters. Military intimidation and harassment cannot stop our support for Donald Trump. We were not violent during today’s rally we are only showing solidarity to an American President who we take as one of our own.” 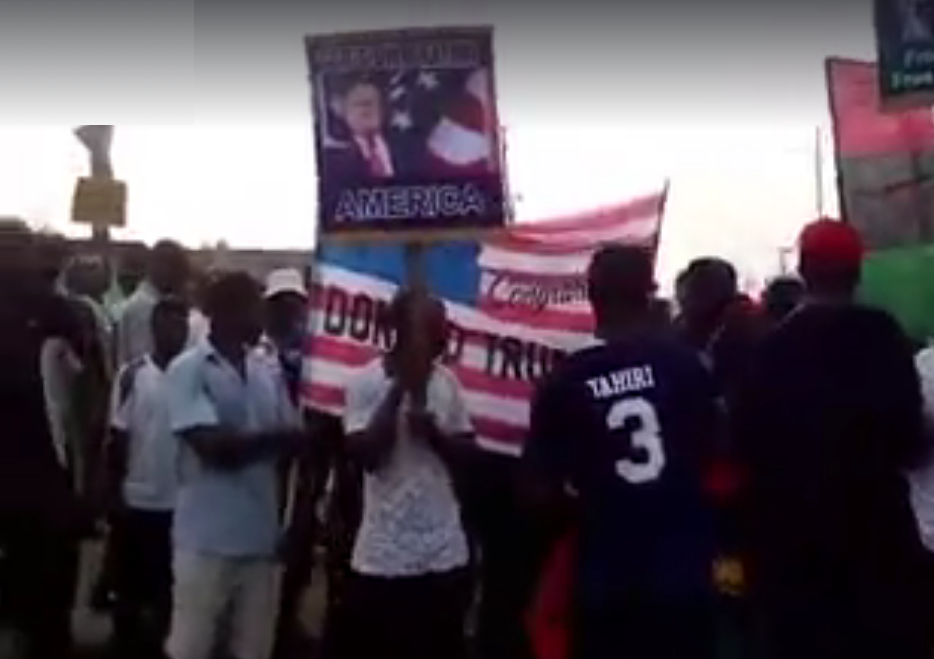