The word “equality” comes from the Latin word “aequalis” and means “the state of being equal” and”uniform in character” per dictionary.com.  It is also commonly known that the justice system in the US gives blacks and men heavier sentences than whites and women, respectively, for committing the same crimes. Sex-based discrimination is an issue that affects the entire manosphere, both Negro and white alike. Let’s take a glimpse into two cases: 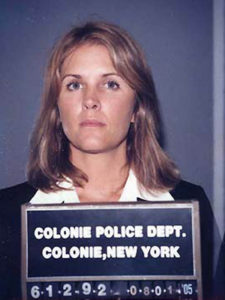 First the case of Sandra Beth Giselle(http://www.lifestylepassion.com/15-1/40-female-school-teachers-arrested-for-sleeping-with-students/), teacher in New York state whose victim was 16 years old. In addition, Giselle has had sex with more than one teen boy having a “train” run on her in the press-box of the high school. She faced a maximum of about 16 years, probably because the maximum was 4 years(http://www.criminaldefenselawyer.com/resources/new-york-statutory-rape-laws.htm) on each count and there were 4 boys. She only received 6 months in jail and 10 years supervised probation and alcohol treatment. 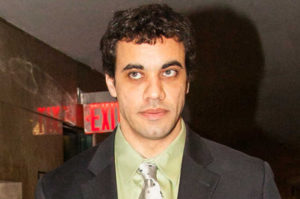 Next, the case of Richard Hovan, also a teacher in New York state, and was caught by his fiance having sex on his couch with a 16 year old girl. The prosecutor, in addition to hurling insults, wanted to give Hovan 8 years. He received 2.5 years in prison.

Geiselle’s 6 months vs Hovan’s 2.5 years. The end result: Hovan received 5 times more time because he was born the wrong gender.

There appears to be a persistent prevalence of what I have coined “the Mrs. Robinson’s complex” –meaning older above age of majority female teachers having sex with, no, raping, their underage male students. Did I say “rape”? Yes I called it rape, the same way our feminist friends speak of a rape “culture” well here it is in your face:

Gives a rundown on a list of teachers who “slept with” their male students, and to reiterate, I call it “rape” for two reasons: one, they were too young to consent to sex, and two, because the teacher was in a position superior to that of the student, it is reasonable to assume that the student could be coerced into behaving at the teacher’s will (i.e. “if you don’t fuck me, I’ll flunk you” = bad grades = hindered college opportunities = lower possibility of getting a degree = lower probability of getting a professional career etc.). But this article was probably written by a feminist or woman or both (remember there are male feminists), because it goes on to mention that teacher sex scandals are normalized in today’s society though unacceptable.

The walkaway issue is that teacher “sex scandals” (again, a euphemism for statutory rape) are “normalized” and since culture deals with what is considered “normal” behavior, i.e. cultural “norms”, then the normalization of female teachers having sex with male students makes it a part of the “culture” and thus, it should qualify as rape culture shouldn’t it?

On the website for  Women Against Violence Against Women (WAVAW) (http://www.wavaw.ca/what-is-rape-culture/) they begin the conversation about rape culture with the following:

“Emilie Buchwald, author of Transforming a Rape Culture, describes that when society normalizes sexualized violence, it accepts and creates rape culture. In her book she defines rape culture as:

‘a complex set of beliefs that encourage male sexual aggression and supports violence against women. It is a society where violence is seen as sexy and sexuality as violent. In a rape culture, women perceive a continuum of threatened violence that ranges from sexual remarks to sexual touching to rape itself. A rape culture condones physical and emotional terrorism against women as the norm . . . In a rape culture both men and women assume that sexual violence is a fact of life, inevitable . . . However . . . much of what we accept as inevitable is in fact the expression of values and attitudes that can change.’ “

Note that the very definition itself is sexist as the male is perpetually viewed as the aggressor and the female as the victim. In addition, it does not touch upon other insidious aspects of making perverse behavior, such as the teacher/student escapades “normal”.

As Dr. Martin Luther King Jr. said “injustice anywhere is a threat to justice everywhere” and the unjust treatment of men and the silence of so called feminists shows that feminism is not a movement for equality for all, but just for the advancement of women. Mind you, that most teachers are female, so the advancement of women is not necessarily advancement for men–and in the case of these predatory teachers–to detriment of men’s futures.