The year 2016 ended seeing various forms of challenges on social media globally such as the Ice Bucket Challenge etc. However, such challenges seemed to have stepped up a bit more in the first 2 weeks of 2017 from the African continent and here are the top hot two;

This particular challenge that originated from South Africa and described as immoral and satanic has been linked to the release of a South African Hip-Hop star popularly called Jub-Jub from jail. Convicted in 2012 for homicide after his involvement in the death of four young people during a daring car race in 2010, and released on parole on 05 January 2017.

Ever since, young people have taken to twitter (#BlackTwitter) to show their dead pose #DeadPose.

Despite been criticized as cheap popularity by many people on social media. Lagos Big boy and owner of Club Uno, Mike Eze-Nwalie Nwogu popularly known as ‘Pretty Mike’ made headlines last December after he was spotted on the streets on Lagos walking two girls tied to ‘dog-chains’. He did stop there and was spotted again in January 2017 walking two girls tied to ‘dog-chains to a public event in Lagos Nigeria which spark outcry that led to his arrest by the law enforcement authorities.

The 30-year-old was arrested for dehumanizing young girls, Nigerians and concerned Africans went online to voice out their concern and anger over the ‘bitch-treatment’ giving to the the financially vulnerable young girls. That however didn’t stop those that have been provoked and a response already surfaced online of a lady posting photos and video of her leading two men in chains, just a few hours after Pretty Mike’s arrest. People are expecting more responses this in a world where women globally are badly want gender equality. 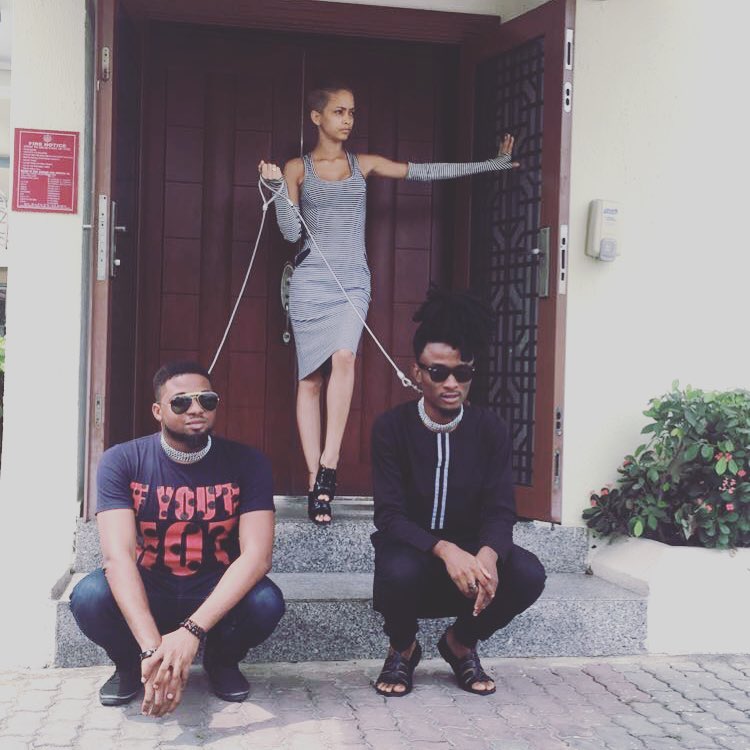