Let’s assume you are at this shit hole bar that charges ridiculous prices on Miller Lite Beer. The music is loud and people are sweating and musty as fuck. You decide that tonight isn’t going to be lucky. You are headed out of the entrance to go home and this beautiful creature walks in. 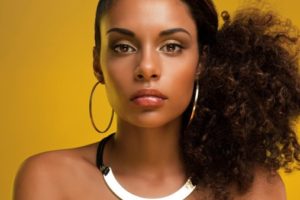 The blood rushes to your dick like defensive ends do to Quarterbacks on Third down and long. You bump into her and make eye contact. She smiles at you and you smile back. You then say the magical words “Can I buy you a drink?” She says “sure why not.”  After drinking a few shots, the both of you have a good rapport with each other. The rapport is so good that the bitch agrees to come over to your place to “hangout.” It isn’t long before you are bending that ass over from the back and long stroking that good pussy. The next morning she gets up, makes you breakfast, and cleans up your place. You decide to talk about her past relationships and she says: “I haven’t had sex for 2 years until last night.” 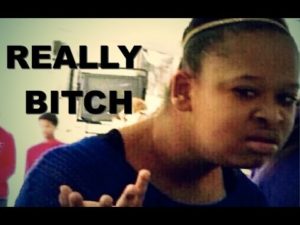 Because you are a fucking dumbass, you actually believe what the whore just told you. Men actually like to believe that they are “special” with regards to making women doing things that are unusual to them. Before you accept that actual “2 years” lie, let us evaluate the odds that she waited that long. Remember, you met this nasty bitch as you were about to walk out of a fucking bar. You bumped into this whore and bought her a drink. Thirty Seconds later she was at your house putting your dick down her throat. What was it about you that is so special that makes her act like this? I will tell you what is special about you. 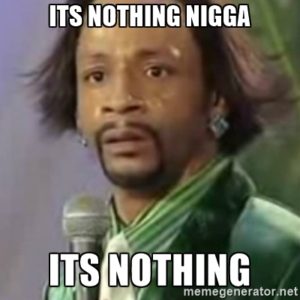 The truth of the matter is that she probably has walked into hundreds of bars and fucked hundreds of guys within the last 2 years. She has also told every ignorant bastard like you that she  hasn’t had sex in 2 years.  The question  that we want to ask is: WHY DOES SHE LIE ABOUT HER SEXUAL PAST?” We all know women are no good notorious scum bag liars across the world. However, we must deal with “WHY” they lie about their sexual past!  One of the reasons  why women lie is to create the facade that they are upstanding creatures. Women suffer from the same high standards that they hold each other accountable too. Women cannot wait to get married to fuck. Women cannot stay faithful to men in the western world. Women refuse to be honorable citizens who can become examples for other young girls. Instead of admitting that they fall short of this goal, women constitutively LIE!!

Men must remember that women act on instinct more often than we do. This means that their hot tight vaginas get moist just like our dicks get hard. Although it is coming more socially acceptable for women to engage in free sex, most of society looks down on openly sexually promiscuous women. Black men must understand that Black women are the most sexually active out of all promiscuous women on Planet Earth. Black women love to fuck, suck dick, take it in the ass, and swallow more than any other group of women. Black women cannot say NO to dick. Never EVER believe any woman (ESPECIALLY BLACK) if she tells you that she hasn’t had dick in a few months. It is simply not true.

In closing, remember that a woman’s sexual past is GREATER than what she tells you. If she says she  had 10 partners, she means 1824 partners. Always amplify the time frame or number of sexual partners a woman tells you. These bitches are guilty until proven INNOCENT! I’m out bitches!

#THE BUFFOONERY IS AT AN ALL TIME HIGH#

Why Are Black Men Obsessed With Russell Wilson?