This is a Classic Scene in Chris Rock’s “I think I Love my Wife” . It’s a Timeless message that I want to expound upon for you guys today. While the statement about the virtues of chasing money stands very true, it’s bigger than that, and it needs to be bigger than that in our lives. And so let me show you why THIRST isn’t a bad thing in itself, and how knowing where to place it best in your life, matters.

THE THIRST MOST OF US ARE FAMILIAR WITH

Yeah, this is an over the top skit I’ll always remember , but as crazy as it is, this is how some of us are on the inside. We see an attractive woman and we automatically start framing this world and life around her in our head. We get the “Silence of the Lambs” look at her and we just over pursue the chick as if they hold some mythical key to the universe of our happiness. And it’s not just the current chick we are “trying to talk to”, its every somewhat attractive chick , we see around, and. That is the thirst some of us live with. Either we are approaching women with no regard for their level of interest in us , or we sending shit in their inboxes that we think is cool or some infamous dick pics to show them how we really feel. The desire to have, hold and want female attention both Social and Sexual is a God Given right for a healthy heterosexual man. Where shit goes sideways it that’s all too many of us are focused on only having a woman to satisfy our life. I’m writing to tell you today that God gave us eyes more than just for seeing woman we want, hands , for more than just for holding our dicks in anticipation of boning said woman , and feet for more than just chasing these broads around. We are living with a mentality that is being used to use us for only others benefits and all most of us get out of it is the hope of sex and or validation. I’ll break it down.

YOUR THIRST GETS USED AGAINST YOU

Most men have been taught to OVER-PURSUE women for attention and sex. We’ve grown up in a culture for the past 30 to 40 years that says “If you just keep working hard to show her or any woman you really want her, she’ll eventually come around and like or lust for you the same way.” And that’s not true , as most of us painfully learn , the same intense thirst we are employing, there’s several other dudes trying to Out-Thirst each other for these chicks we know nothing about except we want our dicks in them. And now we see the results of this. Rampant Baby -Mamaism, men losing and struggling in their livelihood over some chick, or losing their very life over one. Men fighting to their destruction with each other over some chicks, and the worst of it all: a bunch of chicks that over value themselves and feel they have no self development to do in order to have better men and lives. This is the consequence  of the excessive thirst we conditionally display in an age where we open ourselves up way too much to exploitive patterns and systems all for the hopes of the sex and approval for just any woman that would hopefully take us. It’s time to shift the thirst gentlemen. 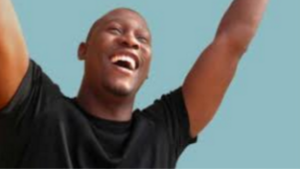 It’s really simple, at least to explain. Most of us men need to take all of that mis-applied thirst we have for validation and hope of sex with women and re-direct it into every other aspect of our lives beyond women. You have to get so busy living an awesome life, the women are trying to catch up with you , because you just happen to be different.I say “just happen” because you really aren’t doing this to garner female attention . You’re doing this for you . You get up and do you , for you. You go to bed in anticipation of how awesome your next day is going to be, for you. You as man have MANY categories that you work on that make your life better and open you to great , social , professional , financial, philosophical and or spiritual opportunities and experiences. And guess what , women will just happen to be around alot of those things. They’ll be in your environment so the need to overly pursue will be pointless.

The simple Question Gentlemen is: How are you going to expect a woman to enjoy your company with you if you don’t enjoy your own company and are happy with yourself? Men and Women don’t complete each other (Its a horrible lie sold to both men and women, in order to keep selling them phantasies and other commercial shit).  They simply add to the experience you are already having, they complement in the best of situations. Some men get women sooner, but on the other side of mature adult life , in the late 20’s early 30’s more men get their comeuppance , ESPECIALLY if they have been working on themselves and they are wiser, and they dodge the trials an tribulations early adopters who were players or married early had. Trust me on this. We’re a generation processing through chaotic times , that’s why many women are attracted to dysfunction early on anyway. It’s all they’ve seen, so much of this is not on us , but we have the ability to control our response and our personal growth. Work with the potential you have, if you are a Very Smart and Competent man , that is really WAY more than you think, you have to build the confidence and settle the anxieties of really wanting a woman immediately (Bad Thirst), and redirect that into some ambitions and attitudes that a woman is only a small part of at best (Good Thirst). Become the most Interesting man in your own life, First and Always! Stay Thirsty…the right way fellas.


Facebook Comments
About AH3 19 Articles
AH3 IS PART SALES GUY, PART SOCIAL COMMENTATOR, ALL THINKING BLACK MAN. HE'S HONORED TO BE A PART OF THE NEGROMANOSPHERE AND SHARES HIS INSIGHT WITH FELLOW THINKING BLACK MEN AND CRITICS. HE CAN BE FOUND AT WWW.FACEBOOK.COM/PURPOSED1ALVINIII
Website