Many of you know that I also produce content on Youtube under the screen name Oshay Duke Jackson. Undoubtedly, my content is vicious and cantankerous to those who consume it. The content in which I produce discusses the issues and lack of perseverance that many Liberal Blacks contain within their own mindset. Black people of today have a difficult time progressing despite LIVING under the best circumstances that Black People have ever acquired in America. Despite the abundance of technology and access to education, Black people still cannot kill the self defeated mindset. To prove my continuity regarding my ideology on the subject, I will present the example of an Black Youtuber who is opposed to my views named Rahson Delay. 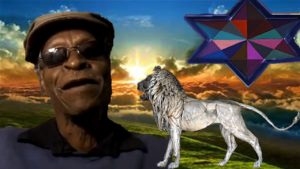 If you are wondering, he is not the lion but the old Ray Charles looking nigga. Rahson Delay, or the “ELDER” as he calls himself, has been reported on Youtube for Hate violations. His content regarding white people could be considered controversial just as my commentary could be considered the same. Although he says spits out racist terminology towards white people, he is UPSET that he  is being reported on an “WHITE OWNED” social media platform like Youtube. Again the stupidity of the negro baffles me. You talk shit about white people and then you expect white people to pay you via Adsense for  talking shit about them? 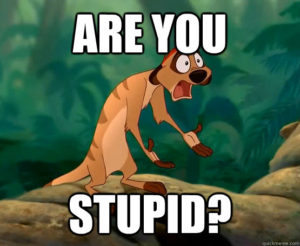 Yes Rahson Delay is very stupid. In an 5 minute video, he complains about how Youtube is censoring his speech and how it is not fair. NEVER does Delay make the case that Black people need their OWN social media platforms. Do you want to know why Delay doesn’t mention this? The reason is simple: DELAY does not feel Black People can build the platform like Youtube to express their issues in the same ways White people can. This is why Rahson Delay and other Pro Black White bashing Youtubers use the platform to make MONEY because they do not feel Blacks can produce the same sort of platform. Delay and other pitiful Blacks in his ilk suffer from what I consider: “The Self Defeating Mindset.” The reason why you hear Black People complaining about getting a fair shake in the system is because Black people fail to build and construct for one another. That is the fucking reason!

Lower IQ Blacks like Delay will not push for Black people to develop their own social media outlets. These sorts of Blacks “Pretend” to hate the white man, yet WANT to use the white man’s infrastructure to build their own. In order for black people to want equality, you must create the same type of platforms for your race to benefit. We need a black version of Youtube. We need a black version of Facebook. We need media outlets that represent the voices of our people without fear of being reported by soft people who “disagree” about differing analogies or opinions. Instead of encouraging Blacks to develop such things, we continue to complain to Caucasians about prohibiting us on THEIR platforms. To be fair, Non black people developed Google. Non Black people developed Facebook. Non black people developed Adsense. Non black people made a way for people to make money from the comfort of their own home. What are Black people doing to develop such avenues for other Blacks? To ask the question is to fucking answer it.  The truth of the matter is WE DO NOT develop mediums for our people to voice their opinions OR cater to the trials and tribulations that Black People go through.

If we refuse to develop our own mediums for Black People, we are in no position to complain. Black people need to stop bitching about Youtube’s policies. Make your own Youtube. Make your own version of Adsense. Stop waiting for the white man to feel sorry for your ass JUST because he won’t allow you to bash him on his OWN platform. That doesn’t make any fucking sense. Black people have the money and enough high IQ Blacks to create these platforms for THEMSELVES! People like Rahson Delay are either too stupid or too lazy to do it for themselves. You cannot build black competitive societies with Cry baby Blacks such as this!

#THE BUFFOONERY IS AT AN ALL TIME HIGH#