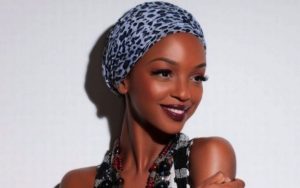 Most young ladies have been brought up with the negative mentality that all men are the same, that all men are wicked ingrates, and that marriage is slavery, a prison, a hell. They have been brainwashed to believe that there is no fulfilment and happiness in marriage, except misunderstanding and violence. And therefore, they go about with this warped mentality.

They move about with anger like hungry lions. Even if a good man comes to them, they will always drive him away with that negative mentality that they have held unto for so long. The same with most young men. They believe all women are the same, that whatever you do for a woman is a waste, that they will never get to appreciate it. We need to unlearn everything that we have learnt. We need to open our minds. We need to blank our minds and discover the truth by ourselves.

We need to stop allowing the society to dictate for us. We need to find out things by ourselves. Young women should stop allowing older women who don’t have a happy home, who are bitter, and tormented by their past, who hide under the canopy of feminism, to mislead them. You should free your minds. Don’t allow anyone to make you become a terror in the society because someone maltreated them in their marriage. They have their own lives. You have yours, too.

Marriage is good. Being in a relationship is good. But when you are in a relationship with the wrong person, with an animal in a human body, you will live your life like you are in hell. That is why most people who don’t enjoy their marriages will tell you that marriage is a prison yard. Or that all men or women are the same. But they are only speaking from their own point of view. Their perception does not have to become your own reality. Wake up. Emancipate yourself from mental slavery. Don’t just believe anything and everything.

I have seen women who say they are not interested in marriage, just because of the things they have heard from their elders. They are afraid of the battle that probably doesn’t exist. They have given themselves the opportunity to swallow the unwholesome news of the battle that is not yet declared. You’ll always see them angry at the opposite sex. They may sometimes cover up by saying marriage is not an achievement. Then, what is an achievement? They may not have an answer. They are sometimes confused. They don’t even know what to believe.