In part 1, I introduced you to the phenomena of how Smart Successful Black men get actively or passively placed in limited or dependent positions of power generally, both personal and public, and how for the most part that man had to play the Role of the Token or the Sellout, both of which have been shown to be marginalizing and ineffective paths for Smart Black men in the long run. I also introduced the concept of the Sleeper, a man who keeps his own mind and plan towards power and personal freedom towards a place he is neither compromised or positioned against another Smart, Talented Black man, so that hopefully, he and other such men can strengthen alliances and create a society and culture that will not be so isolated and highly resistant to compromise. Now, here are my thoughts on being a practical and Effective Sleeper.

Consistent Excellence in your skills and talent are OBLIGATORY for you as a Black man to operate in any power structure. If it isn’t what got you there, its what sustains you there hopefully. This is what this article is about. Using that ability to establish for yourself and to be less beholden to other’s agendas for you and more focused towards your agenda, which is your endgame where you and the alliances you form are the end line beneficiaries. Excellence Matters Much and its what you can take with you ALWAYS.

This is where you use your excellence to communicate with other smart people and see if there’s enough commonalities to share success experience and ideas and perhaps later collaborate. Being engaging to other Smart Black men going and thinking in similar directions, in person, online, professionally is what shakes the Token out of getting stuck in too much of a compromising situation and the Sellout into maybe the possibility of not having to be threatened by another Smart Black man succeeding so close to his situation. Engaging builds the proverbial network and options between you and your potential comrades. 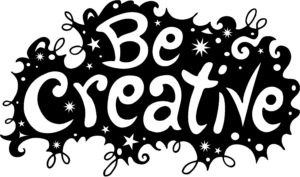 Another part of your Excellence is your Creativity. Shine in what you do. Let your intelligence occasionally impress others. I say occasionally because sometimes those around you may not be able to handle your brilliance all the time but when you do, display it in a way that makes their lives better. It can build value for you and favor that could make your current situation favorable. Careful not to take current favor as permanent favor. Most likely its only for a short while. 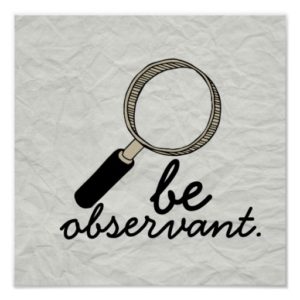 You will have to carry your agenda to fruition when it is time or else you will be stuck as the Token or Sellout, which may be a higher price in time, peace, and personal fulfillment. Accept the cost for your freedom and believe in yourself and your allies you created. Believe in your Talent and Skillset, the same one that benefited the power structure you worked for so long. Seize the life you want and shed the compromises you’ve  had to endure!

The picture I placed above is a Scene from a good movie I saw called “The Spook Who Sat by the Door”. It’s about a Highly Intelligent Black Man who excels to a position in the C.I.A. out of many other Black Male Candidates. He even passes tests that were designed to have a higher failure rate. He spends a few years at the agency and  eventually takes all he learns back to his community and creates a successful revolution against the United States. I am not advocating Bloody, Violent Insurgent Revolution like this character, but I am advocating is developing a gameplan and lifestyle to be more independent and to help establish an alliance amongst other Smart Black Men who desire the same. This is the kind of cooperation that creates powerful communities and cultures, and compared to being isolated, or passively or actively pitted against each other, let’s consider Developing Ourselves and developing together along that path, so that more of our destinies are in our hands. What say You Gentlemen?

About AH3 19 Articles
AH3 IS PART SALES GUY, PART SOCIAL COMMENTATOR, ALL THINKING BLACK MAN. HE'S HONORED TO BE A PART OF THE NEGROMANOSPHERE AND SHARES HIS INSIGHT WITH FELLOW THINKING BLACK MEN AND CRITICS. HE CAN BE FOUND AT WWW.FACEBOOK.COM/PURPOSED1ALVINIII
Website

One of the recurring themes on the Manosphere blog and youtube channel is what exactly is an alpha male. Obviously this is a multi-faceted question with many aspects to it ranging from financial, physical, spiritual […]

Exhibit A: The above garbage is typically what black women will put out in order to make it seem as if there is a high demand for them from non black men, however black men […]

“Good work by General Kelly for quickly firing that dog!”-President Donald J. Trump It was half past midnight on June 17, 1972 when a black security guard noticed a strange occurrence at the Watergate Hotel. […]

In Defense Of Fresh & Fit

Why Some Nigerian Men Choose To Remain Single

No Country For Bad Black Men: Why Black Men Must Have Standards For Each Other