Note: If you have other simps locally or nationally that you want on next week’s list, email all of the screenshots of these niggas and send it to: planetoshay@gmail.com. All simps need to be exposed and their fuckery.

Popular demand has led me to create a weekly list of pandering, blue pill, and bitch made worshipping manginas to present on the www.negromanosphere.com website. It gives me great sadness to expose the fuckery of other “men” who continuously betray the Black male Gender   IN ORDER to gain favor from Black Women. However, I must admit I am ALSO delighted to expose you “Benedict Arnolds” to the rest of the Brotherhood as traitors to the Black Male Gender. As you know, a simp is any man willing to sacrifice his own dignity and masculinity in exchange for approval from women. Many men compete for the top spots of simps everyday. Unfortunately, ONLY the top ass wipes of “Simpology” can be rated on this list. Without further waiting, let’s get down to the nitty gritty whilst I expose the fuckery. 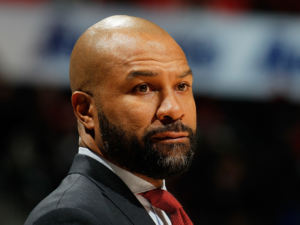 Not only is Derek Fisher a Life Long Simp, He recently just got a DUI after crashing a car registered to Matt Barnes. Not only did his simp ass lose out on a divorce settlement, he betrayed Matt Barnes and fucked Gloria Govan (who put recently divorced Matt Barnes and put his ass on child support). You would think a nigga like Derek Fisher would learn to stop fucking with hood rat single mothers. Now he is out of a job (fired as  New York Knicks Coach) and paying alimony at the rate of 1.3 million dollars a year to one of the ugliest whores I have ever seen in my life. 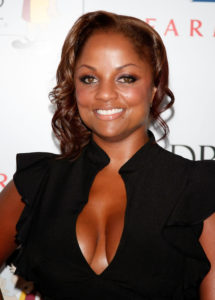 This nigga has the look of a runaway slave after the blood hounds has been released. Not only is Steve Harvey a simp, he panders to the fuckery of Black women by giving them shitty relationship advice. Not too bad for an old nigga who been married a billion times and can’t keep a bitch happy. Some bums will sell their entire fucking soul for some money.

Here is another no talent nigga raised by a single mother who created a Youtube channel to pander to black women because he was too lazy to do anything else in life. Like Derrick Jaxn and Angel Ramirez, this nigga panders to whatever black women say while beating up Black Men. He looks like an out of work Gospel R&B singer that does holy ghosts skits on song number 6 on his Christ the King “Mixtapes.” I never trusted these types of niggas and neither should you.

Jigga went from one of the most brilliant Emcees to the greatest simp in history. Not only is he a SIMP for the Democratic Left and Liberalism, he also panders and kisses ass to Beyonce. Remember when Beyonce’s weave headed stank ass ghetto sister beat his ass in the elevator? Where was hardcore Jigga then? Now you on albums apologizing to hoes just to make a buck. Any nigga who sells dope to the Black community and then caters to the white liberals who LOCKS dope dealers up IS A TRUE FUCKING SIMP!

BISHOP TD JAKES AND ALL OF YOU FUCKING BLACK PASTORS 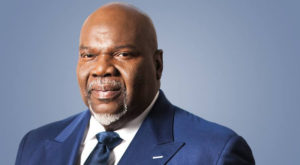 Black pastors embody the fuckery of what  A SIMP really is. TD JAKES and the rest of his negro cohort chicken fried eating preachers are no difference. Every sunday, they get in the pulpit telling women what they want to hear in exchange for a QUICK BUCK! One of the reasons black men REFUSE to participate in church is because of WOMEN PANDERING PREACHING SIMPS!

FUCK YOU ALL AND GOOD NIGHT! The buffoonery remains…at…an …all….time….HIGH!!!!!