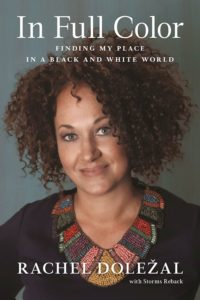 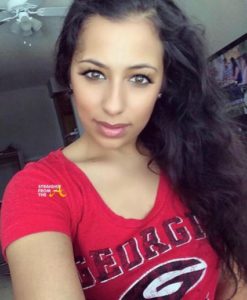 “The other segment of Emergent black America also faces issues of heritage and identity, but they are quite different: What if you knew that half of your history was written in Africa and the other half in England or Ireland or Germany or Sweden? What if you were biracial?

According to the way American society has always worked, you would still be black. But societies evolve, and this one is no exception. Do you now have the option of being white as well? Are you something in between? And who gets to decide, society or the individual?”

The aforementioned quote comes from the book of the same name and was published seven years ago. In it, Pulitzer Prize-winning Washington Post journalist and MSNBC talking head Eugene Robinson makes a powerful argument: that, as an unintended consequence of, among other things, the Civil Rights Movement, not only have there been historic and unprecedented gains made by Black Americans, those gains have come with some at times, deeply profound costs. One of them has been, in ways big and small, a “splintering” of a once Borg-like Black America, into (Robinson argues) four. One of those four “mini-Black Americas”, is what he refers to as the Emergent – those Blacks who chose to come here as immigrants like the Jews or Irish in the previous century; and/or those who can claim both Black/African ancestry and another racial and ethnic origin. Robinson argues that, for better or for worse, these two sub-groupings that makeup the Emergent class of Black America, can and will redefine or at the very least, expand what it means to be “Black”.

Indeed, we have already seen both sides of the Emergent class of Black America playing itself out writ large on the canvas of American life, with the meteoric rise, election and then reelection, of the 44th President of the United States in Barack Hussein Obama, Jr. He is the walking, talking embodiment of all Robinson talks about in his lucid book – Obama is both the scion of a Black/African immigrant AND he is the product of a biracial union. Obama’s life, no matter how much he may try to “retcon” it, simply doesn’t comport with the lived and often shared experiences of so many native born African Americans that he came to know as an adult in Chicago and elsewhere. Nevertheless, his very presence among us indeed, redefines what it means to be Black.

While Robinson’s book is in many ways long overdue and refreshingly frank, it leaves as many questions not just unanswered, but even raised to begin with. After all, as I observed in a recent telephone conversation with my friend, colleague and in many ways mentor Alan Roger Currie, “in America, everything goes back to fuckin'” – and if that were ever true, that is case when it comes to such themes in Black America.

To wit: in the past week or so alone, we have seen almost as if by cosmic convergence, two major events that have marked yet another in a seemingly neverending assault on the psyches of so many Black American women: first, there was the sudden reemergence of one Ms. Rachel Dolezal – what some have referred to as the world’s first “trans-racial” woman the world has ever known – and closely following on the heels of that event, was the completely unexpected announcement of heart throb actor, author, singer and model Mr. Tyrese Gibson, that he had wed his “Black Queen” in Samantha Schwalenberg Lee.

Of the many Black female-oriented media outlets to dish on the matter, perhaps the recently reconstituted Ebony.com summed it up best in this way:

“The couple allegedly got married in a “secret” ceremony on Valentine’s Day. But congratulations to the newlyweds were quickly outshone by the growing hums of the collective “really????” created by Tyrese’s declaration of his wife’s “#MyBlackQueen” status.
Samantha, who is fair-skinned but obviously a woman of color, definitely fits into the ’90s-’00s video lead model box. Long, wavy hair? Check. Racially ambiguous? Check. Size 6. Double check. We all know the drop of Black rule, so no one can challenge that bride Gibson is part of the home team. In fact, the reality is that racism and colorism make her looks equal parts burden and privilege depending on the room she enters.”

And therein lies the rub.

The big problem with the notion of “redefining what it is/means to be Black” has undeniably gendered dimensions – simply put, it throws a huge monkey wrench into the workings of more pedestrian Black American women’s efforts to landing a highly desirable Black male. Both Dolezal and Lee, constitute powerful evidence of being very stiff competition for those Black American women. Competition that will be incredibly difficult for the vast majority of Black women to beat.

The problem(s) come down to this: on the one side, with someone like Dolezal having such a thickly padded “Black” resume – which includes attending one of the country’s flagship HBCUs in Howard University, leading a local chapter of the NAACP and even birthing Black children, to say nothing of being able to credibly “pass” as a Black woman prior to her unexpected outing nearly two years ago – she can rightly claim to be just as Black as former Olympic great and Kardashian clan member Bruce Jenner can claim to be truly a woman on the inside. After all, if gender and for that matter race – two components of identity – are simply not only malleable but interchangeable – then it only stands to reason that people can change these facets of themselves at will. And who are any of us to tell them otherwise?

The same can be said of Lee, who despite early howls of derision in response to Gibson’s “Black queen” remark, does indeed have Black/African genetic ancestry – in addition to beauty queen looks, a stellar resume, educational credentials, career success and “do-gooder” extras. If the idea that “race is a social construct” and the “one drop rule” are very real things in American life – and they are – then both Dolezal and Lee not only have a legit claim on “Blackness” – they may have a stronger hold on it than do many “Blacker” women themselves.

Hence, the Black Female Frustration Theory (henceforth referred to as “BFFT”). What is the BFFT?

Simply put, the BFFT is the paradoxical truth that with the great gains that have come for Black women, they’ve also come with great costs – one of them being, in the arena of mating. For example: the 1967 historic Loving v. Virgina US Supreme Court ruling striking down anti-miscegenation laws. While the law ostensibly appiles to one and all in American polity, the testbed case itself involved a Black woman wed to a White man. In a very real sense, that ruling was the green light Black women needed to forge ahead with unions, relationships and marriages with non-Black and more to the point, White men, that were in many ways, off-limits to them.

But that isn’t what has happened in the half a century since that decision. Indeed, what has happened was an unexpected sustained surge in the relationships, unions and marriages among Black men, to non-Black and more to the point, White women – a rate of two to one when compared to Black women – and at no point since 1967 has this rate changed. When one also considers the purpose and application of the Mann Act in the early part of the last century – which was indeed used against Black men who dared to sex, have relationships with and/or marry White women – the Loving v. Virginia ruling is quite poignant indeed.

So, when a walking, talking textbook exemplar of an “eligible bachelor” in the form of Tyrese Gibson not only suddenly marries, but then proclaims to the world that a “racially ambiguous”, “size 6” and “long, flowing, wavy-haired” woman is his “Black queen”, it only serves to rub salt in the wounds of the collective Black female psyche. For all their gains educationally, socially, politically and economically, when it comes to the more desirable Black men, they are simply out of reach for most Black women.

To be sure, Black American women can be expected to fight on with the tools of “4th wave feminism” (read: using social media to fight phantoms) and, to be fair, they have made some gains – to wit, the torpedoing of evolutionary psychologist Satoshi Kanazawa easily comes to mind – but as the meaning and definition of what it means to be “Black” continues to evolve, notions of “cultural appropriation” and “colorism” get increasingly shrill. And that’s just for starters. Not even directly mentioned is the very real clinical (and morbid!) obesity problem among Black American women; the real or perceived “sassiness” that so many Black women seem to revel in; and so on. All of these factors greatly mitigate against appealing to the better off of Black American men, to say nothing of men of other racial and ethnic groups.

A real question is raised: how much longer can Black women as a group claim to be a “victim” of the American mating market? And are their travails truly the result of a “rigged” game – or are their problems those of their own making? There’s grist for the mill on all sides. But one thing is undeniably sure: for those Black men like Tyrese – tall, handsome, talented and industrious – the sky is truly the limit.

Attempts to browbeat, shame or cajole him into wifing up a “Jill Scott with a Grace Jones paint job” will simply not work.

Mumia Obsidian Ali is the Sunday columnist for the Negro Manosphere. He also hosts a daily podcast “talk radio show” called “Obsidian Radio” on YouTube. Follow him on Twitter @ObsidianFiles.

“You don’t get what you deserve; you get what you negotiate.” -Coach Corey Wayne Six years ago, yet another round in the never-ending “conversation” on “Black relationships” was sparked with the release of “Is Marriage […]

“It ain’t what you don’t know that gets you into trouble. It’s what you know for sure that just ain’t so.” -Mark Twain In last week’s column, “Black Women Scapegoat Everyday Brothas To Assuage Failures […]