I’ve been married for almost a year and I’ve been with my lady for six years. As nerdy as I am, the amount of women who have  thrown themselves at me recently is quite alarming. From women at the job to the hoodrats on the street, I’ve never received this much attention from women.

Here’s what I mean:

Dimes have   never    given me the time of day!

Growing up, I was the king of pulling nerdy, athletic adjustable 7’s. I was actually okay with that. These were the type of women that I vibed with the most.

Around the time I met my wife, I recently had broken up with a white woman. I was in college playing football at Central Michigan University in Mount Pleasant, Mich. and I was hit the “consciousness” during that time. 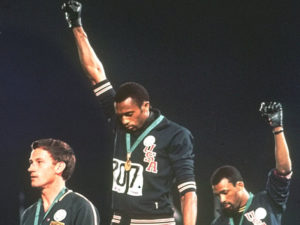 I was already deemed as a traitor since I was dating a white woman EVEN though no black women gave me a chance in the first place.

I was known for being fine, until I started talking that “smart shit.”

What I mean by smart shit, I don’t mean solving a rubix cube or solving a math problem, but  economic empowerment, books to read, and building businesses.

It was until I met the female version of me (yes, she’s black) that I was able to step into my role as a black man and construct a plan for this woman to be in my life. We were both writers and I knew that she would be an economic asset if I married her.

Fast forward – we’ve been together for some years now and our family has moved to Detroit for better opportunity.

As I sat in my new desk working with a Title Insurance company, women began to scope me out. However, I was immediately looked over as I was not perceived as “fun” or “ready to turn up” outside of work. Mind you, I’m not looking for anything, but just observed the behavior.

All of sudden, women of all types were interest in my marriage. Was I happy? Do I enjoy being a father? How’s the sex life? Did I still fool around with other women?

These women would have had nothing to say to me if they didn’t know that I was married.

I felt the awkward staring and giggling when son sometimes came to the office or my wife brought me lunch.

Dime pieces, baby mamas and party girls alike were all trying to see if they could get me to “hang out.”

Same thing out in the street.

Women approached me when I’m alone because I was “fine” but the intelligent talk automatically turned them off.

Once the wife is by my side, then those same faces turn sour, then intrigued.

It’s funny how women want what they can’t have. Every man can testify that at one point when they were single, they couldn’t get a date to Olive Garden. Even when you’re just in an exclusive relationship, then you’re deemed as valuable.

Very similar to when a child isn’t playing with a toy, but then wants it when another child picks it up.

A big reason why a lot of men cheat is simply because his options have spread. For some reason, committed men and stability is a turn on for women—but they want stability and commitment that has already been built.

Can you imagine having the choice of showing allegiance to two countries during a war and you pick the winning country after the war is over?

That’s typically what happens with us married men.

Our biggest battles typically begin once we settle. As Minister Jap would say, “a man’s true power is the ability to turn down pussy.”

And he’s right. But dammit it can be hard! It’s tough to turn down the dime piece with the best body, but you know that she has a motive for talking to you and it’s not to help solve your rubix cube.